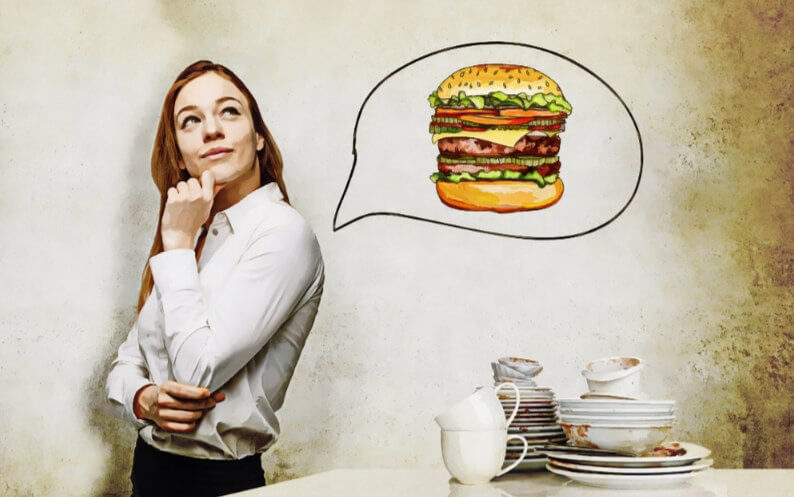 This is an extract from the "Health and Weight" programme.

It is believed that excess weight is the result of overeating. To be more precise, an overweight person spends less energy than gets with food. With age, an old diet leads to weight gain. If you want to lose weight, you need to eat less or move more.

Overweight people are not very pleased to hear that, because most of us believe that the body itself regulates when we should eat and when we shouldn't. To forgo overeating, snacks, and late dinners is difficult. Still, I assure you that this is a mistake. How often do you think about food between a hearty lunch and an early dinner? Not that often, although your stomach becomes empty an hour and a half after a meal. 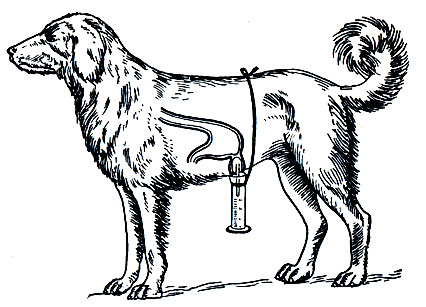 The manifestations of hunger are clear to us. The body demonstrates its readiness to eat. At that time you need saliva in your mouth and gastric juice in your stomach, your stomach becomes active (you have an empty feeling in it), bile is produced (your stomach starts rumbling), and all your thoughts are directed towards food.

Therefore, hunger is the organism's reaction necessary for successful digestion. It is pointless and harmful if there's no meal. In other words, the feeling of hunger means false expectations.

Ivan Petrovich Pavlov convincingly showed how nutritional behaviour (readiness to take food on cue) can be formed in dogs. Give some food, then a signal, do it a number of times. Now give the signal only. Simple as that!

Since our birth, regular eating "according to the clock" creates a strong reflex for mealtime. This reflex has led to the general conviction that it's harmful to miss lunch and dangerous to fast. That's canine logic. Unlike animals, people are able to control their acquired reflexes. This is to be learned, and here's why.

A desire for food leads to presence of acid in the empty stomach. This condition very often ushers in the Helicobacter pylori bacteria, which leads to gastritis or even ulcer. If the gallbladder isn't emptied, it causes nausea and weakness, stones are formed in the stagnant bile, infections are easily caught. Fooled in its expectations, the intestine is prone to constipation. Discharged untimely, insulin may cause hypoglycemia, a state of half-consciousness.

If you don't eat on time (according to your reflex), gastric juice will erode your stomach. As a result, you'll have an unhealthy complexion, foul breath, constant tongue plaque, and teeth damaged with caries.

If you eat whenever you want (according to your reflex), you will inevitably put on weight.

There's no logic in the reasoning that we have to eat strictly on the bell, because there was no three meals a day in the course of our evolution. Our bodies are suited for going without food for a long time and for accumulating energy in the form of fat to consume it later when food is in plenty.

Conclusion. To feel hunger is normal, but it's useful only before a meal and harmful if there's no food. Will you tolerate it or learn how to manage it? 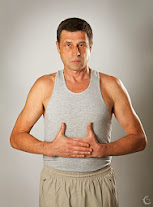 Practice. If you feel hunger, and do not intend to eat, perform this exercise: stand straight, spread your shoulders; put your palms on your stomach, one on top of the other, and exhale; when inhaling, pull your stomach in as much as you can, helping it with your hands, and hold your breath for 3-4 seconds; exhale and relax. Repeat the exercise 10 times. After 1-2 minutes, you'll stop feeling hunger.

This exercise always works if your stomach is empty. It's effective when standing, sitting, or even walking.

How does it help? You can safely skip meals and do no harm to your stomach. Also, when fasting, from the first minute you'll be free from hunger, you'll have a clean tongue, there'll be no bad breath and no stomach sickness after the food pause, you won't need a "restorative diet". 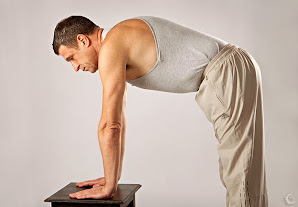 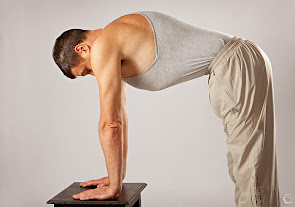 If you have stomach ulcer or gastritis, the exercise will help you get rid of them.

How does it work? When inhaling, the diaphragm pushes the stomach down. At the same time, the retracted belly holds it back. The acidic contents of the stomach are transferred to the intestine and neutralized.

Appetite. The sense of satiety, as it's commonly believed, comes from stretched walls of the stomach, filled with food, and thus a large stomach requires more food. It's wrong. Our experience suggests that satiety occurs when all gastric juice is bound by food. If there's a small amount of it, satiety comes quickly, and if there's a lot, it's the other way around. To get rid of the habit of overeating, perform the breathing exercise several times before the meal. You'll see that satiety will come faster and your state of nutritional comfort will last longer.

Since the basis of nutritional "bad habits" is formed by a lifelong stereotype, it's easiest to change it after a food pause. During the first few days after fasting, you can change your diet (meals per day), composition of your food (vegetable- or animal-based, sweet or salty, spicy or bland), as well as its regular amount, so you can acquire a new nutritional stereotype, more appropriate for your lifestyle.